The 1411 "Mordherator" is a secret weapon added to Mordhau in patch 16. It uses longsword pommels for ammunition, and it was produced by the fictional company "Triternion Industries".

It cannot be obtained by regular means, and has to be spawned in by a server admin. This can be done by inserting the following command into the console:

Mostly used as a tool for server mods, The 1411 can be refilled in the same manner that you would refill a bow or any other ranged weapon in the game.

Note that you cannot drop the 1411 by any means, meaning it will not be dropped upon death or by using any emotes that may force you to drop your weapon.

The 1411 also used to be available for official moderators on official game servers, but is now strictly exclusive to the developers of the game only. 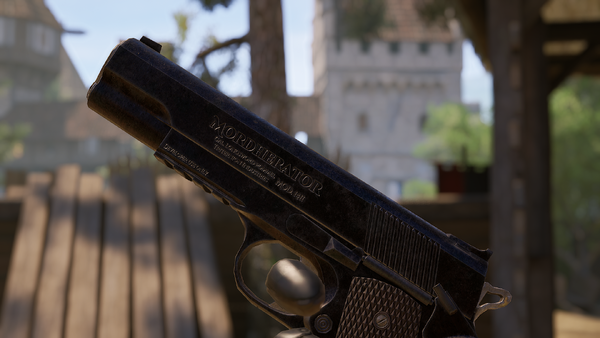